We are thrilled to announce the signing of April 21st to an exclusive worldwide deal! The band is based in Belo Horizonte, MG (Brazil) and their sound is known for a focus on melody, speed, and gargantuan heaviness. April 21st was formed in 2016 and they are getting ready to release their new EP Courage Is Born from Fear via Eclipse Records on September 10, 2021. Pre-save / Pre-Order at this location.

Get a taste of April 21st by checking out their self-released music video from 2020 for the song “We Are the Difference” below:

“I am very excited about this new phase of the band. It is such a privilege to be able to work with Eclipse Records on this new project!”, says bassist Helbert Collyn. Guitarist Herbert adds, “Signing with Eclipse Records means a lot to all of us. I am very proud of what we have achieved so far, and this deal represents a big step in our career, as a metal band, as musicians and as artists.” 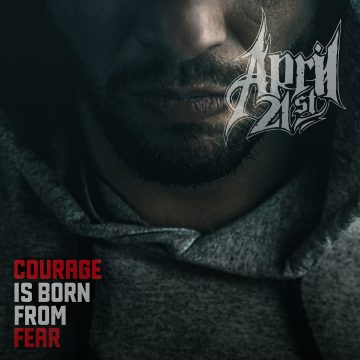 Courage Is Born from Fear track listing
01. Before the Storm
02. Struggling To Break This Cycle
03. Stand Up and Scream
04. Healing My Wounds
05. Decision

Pre-save / Pre-Order at this location.

Courage is Born From Fear by April 21st is a bold part of a large metalcore mural, showing us the landscape of our lives. The band does not just write songs, they craft concepts too. One might notice a metamorphosis as the music evolves track to track, often themed similarly with emblematic depictions of depression or the power of lies, but it is the structure of the vocal itself that brings the listener to profound satisfaction. The tracks on this EP are innovative and they clearly place the band on the map at the center of the metalcore genre.