Trending
You are at:Home»News»Out Now: Lockdown On Mars by Shape Of Water

The new EP, Lockdown On Mars by Shape Of Water is out worldwide today! The five-song release is an exciting cinematic rebirth of electro art-rock that you need to hear to believe! Through the lockdowns and isolation of the Covid-19 Pandemic, Shape Of Water “reinvented” some of their fan’s favorite songs off their recent full-length album Great Illusions. Reimagined, re-recorded cinematic versions of “Mars-X” and “The World Is Calling Me” highlight the Lockdown On Mars EP which was produced by Paul Reeve (Muse, Supergrass, Beta Band) and mixed by Rox Capriotti. These instant classics, along with an electro-acoustic version of “Perfect Love” and a daring remake of Still Karma entitled “The Great Still Karma” breathe new life into these fan favorites. Top it all off with a cover of Hurt by Nine Inch Nails, and this EP sets a new bar for the alternative electro-rock scene. The world has been calling for more Shape Of Water, and they have answered! 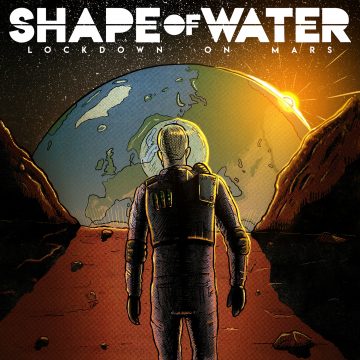 Press and radio have embraced this album with critical acclaim, and the positive reviews just keep coming in! Maximum Volume gives the EP (9/10) saying “ “On the strength of what I hear with Lockdown On Mars, I encourage you to allow Shape of Water to flow into your life”. Hellfire Magazine says “ “dark pop with quite a bit of charm” giving it (7/10) and More Core also gives it (7/10) saying “ “Shape of Water can only be congratulated on this successful marketing strategy”.

Get Lockdown On Mars by Shape Of Water on iTunes or Amazon, and stream the singles via Spotify, Apple Music, Deezer, Amazon Music, Pandora, iHeartRadio, and more at here.