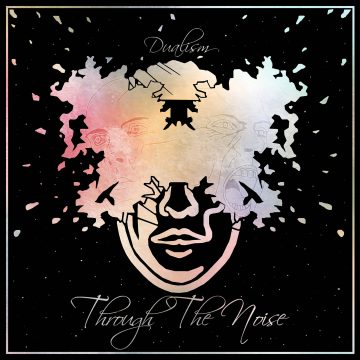 Dualism by Through the Noise is a pummeling mix of post-hardcore and nu-metal, containing nine glorious songs that are guaranteed to please even the ficklest of critics. Highlights off the album include the raucous single ‘Digital Playground’, in which the band denounce the growing trend of online ignorance in the face of “alternative facts”.  The band also steps up their game with the song ‘Psychomachia’ which is a plea to relinquish bad habits from a disappointed yet ever faithful and hopeful conscience, with a stunning guest vocal performance by local Swedish punk vocalist Jahna Lund. and ‘Deceiver’ which addresses the duality of actions and just rewards regarding the present and an afterlife.

The band have also revealed a new lyric video for the album’s first single entitled “Digital Playground”. Vocalist Jowl Nyberg explains, “In these times of escalating polarization and lack of meaningful dialogue between different sides on both social and political issues, we felt that Digital Playground was a fitting first release since it highlights these topics which we’re all living in day to day.” Watch it right now below:

Get the full album on iTunes, Amazon, Google Play, or CD and stream it via Spotify, Apple Music, Deezer, Pandora, iHeartRadio, YouTube, and more!