Brazilian post-grunge alternative metal band The Krueggers will release their new full-length album entitled Hysterical Cold Side and Dark Memories on January 10, 2020 via Eclipse Records. The album was produced by The Krueggers and mixed by Diego Castro. See below for the full track listing… 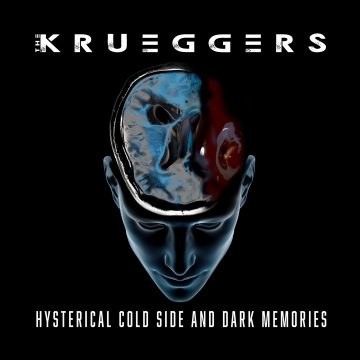 Hysterical Cold Side and Dark Memories contains eleven emotionally energetic songs, showcasing the band’s unique post grunge / nu metal hybrid sound. From the very start of the album, the first single ‘Lying Machine‘ pulls in the listener with their heavy-as-balls signature riffs, challenging your identity and singing about being yourself regardless of what others may think. Other highlights on the album are ‘Bring Me Shine’ which is about always searching for something more and never being satisfied in life, and ‘Freak Out’ which was originally written by Randy in high-school, and is about how all the kids try to be cool by acting like someone else, but really they should just let go and… freak out!

The band have also revealed a new music video from the album for the first single ‘Lying Machine‘. The video was directed by Derick Borba (Angra, Raimundos, Ego Kill Talent) who is notorious for pushing artists to the limit when shooting their videos. For this video shoot, he had the band perform the song more than one hundred times in twelve hours! Watch it right now!

“Lying Machine is about the artificial identities people create for themselves on social media” says frontman Randy Fiora. “Many people don’t even realize they’re doing it. They put so much effort into creating the image of what they believe to be a perfect life, and some people even even risk their lives for the perfect selfie… it’s ridiculous!” Bassist Rikke Gala continues, “We picked this as our first single because even in this world where everyone is so consumed with pretending to be perfect, it’s important that people know it is okay to be yourself!”

Get the full-length album on iTunes, Amazon, or Google Play, and stream the singles via Spotify, Apple Music, Deezer, Pandora, iHeartRadio, YouTube, and more here.