Trending
You are at:Home»News»Society’s Plague reveal ‘Call to the Void’ album release details

SOCIETY’S PLAGUE will release their upcoming second full-length album entitled Call to the Void on April 27, 2018 via Eclipse Records. The new album features ten crushing tracks, including Björn “Speed” Strid (Soilwork) on guest vocals for the song ‘Distant Waves’. The self-produced album was recorded & mixed at Subterranean Studios in Lexington, KY, and mastered by Alan Douches (Mastodon, God Forbid, Converge) at West West Side. The band have also released a new lyric video for the song ‘Broken By Design‘, which may be watched below… 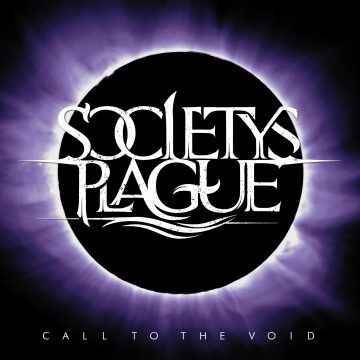 Call to the Void – Track Listing

Pre-order Call to the Void on iTunes, Amazon, or Google Play, with more options coming soon at this location.

“This album is a huge step for all of us both musically and lyrically,” says vocalist Matt Newton. “It was a very personal album to write and the music reflects the lyrical themes within. It’s dark and somber, yet somehow still lined with hope. We’re really excited to share something that we all put a piece of ourselves into with our longtime fans, and new ones as well!”

Watch the new video for the first single ‘Broken By Design’ here: