British alternative electro-rock band Shape Of Water will release a new EP entitled Lockdown On Mars on February 12, 2021 via Eclipse Records. The album was produced by Paul Reeve (Muse, Supergrass, Beta Band) and mixed by Rox Capriotti. The album art was designed by Luca De Falco at Luca De Falco Artworks. Pre-order the EP on iTunes or Amazon, and stream the single via single on on Spotify, Apple Music, Pandora, Amazon Music, and Deezer and more here

Lockdown On Mars by Shape Of Water is an exciting cinematic rebirth of electro art-rock that you need to hear to believe! Through the lockdowns and isolation of the Covid-19 Pandemic, Shape Of Water “reinvented” some of their fan’s favorite songs. Reimagined, re-recorded cinematic versions of “Mars-X” and “The World Is Calling Me” highlight the Lockdown On Mars EP which was produced by Paul Reeve (Muse, Supergrass, Beta Band) and mixed by Rox Capriotti. These instant classics, along with an electro-acoustic version of “Perfect Love” and a daring remake of Still Karma entitled “The Great Still Karma” breathe new life into these fan favorites. Top it all off with a cover of “Hurt” by Nine Inch Nails, and this EP sets a new bar for the alternative electro-rock scene. The world has been calling for more Shape Of Water, and they have answered! See below for the full track listing of the EP…

The band have also revealed their first music video from the EP, for the first single entitled “Perfect Love (Electro-acoustic Version)“. The video was directed by Luca De Falco. Watch it right now:

“Perfect Love is about sexual experimentation and the thin line between sexual freedom, love and guilt” says guitarist Luca De Falco. “During the lockdowns, we did several livestreams for our fans, and in one session we did an acoustic version of Perfect Love. We got a lot of positive comments about it, so we decided to dig out our masters from the Great Illusions album and reinvent the track.” Vocalist Rox Capriotti adds “we were lucky to have the chance to film this video while lockdown restrictions were more relaxed. It’s not just about the song itself but the video is us screaming at the world, expressing our frustration with the pandemic and asking when will we be able to play again in front of live audiences… We really miss that!” 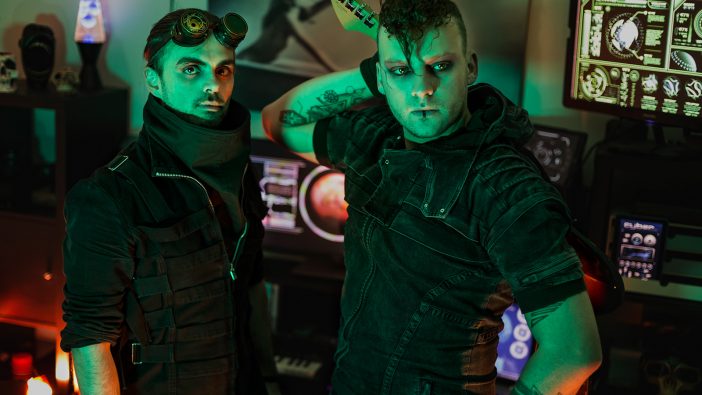