Trending
You are at:Home»News»Shape Of Water face consequence of sex, drugs, and rock ‘n’ roll in “Not All The Things” music video

British alternative art-rockers Shape Of Water have revealed a new music video and single for the song “Not All the Things“. The video was directed by Luca De Falco at Luca De Falco Artworks. The video tells the story of Humpty Dumpty killing himself which is analogous of an unwanted fatherhood that ends with emotional detachment and a growing sense of guilt. “Not All the Things” is the second single from the band’s new full-length album Great Illusions which is out June 12, 2020. Watch it right now:

“The video is a psychedelic distorted conception of sex, drugs and rock’n’roll that focuses all the attention on the true protagonist of the story who is the egg” says vocalist Rox Capriotti. “You can party hard all the time and go rough, but at some point, you have to face the consequences.”  Guitarist Luca De Falco continues, “Before filming this video, we had these grand plans about different locations and stories but by the time of the shoot, we were forced to change plans due to the Coronavirus pandemic and resulting lockdowns. It was a shock at the beginning, but we quickly realized we could turn it into something positive. So we reunited in our house and decided to have this crazy night together with some friends and film it… who knows if we were faking or not?”

Great Illusions is the band’s debut album, which contains a broad scope of genres best described as alternative rock mixed-up with metal & synthwave overtones. This is something different… a dreamscape of emotions brought to life by the band’s surreal, unique songwriting style. Great Illusions was produced by Paul Reeve (Muse, Beta Band, Supergrass) at Airfield Studios. The band also brought on Sky Van Hoff (Rammstein, Kreator, Caliban) to mix the songs “Scar” and “Not All the Things”. Highlights on the album include “The World Is Calling Me” which talks about war and the global supremacy of global superpowers; “Not All the Things”, a song that tackles the tough topic of unwanted fatherhood resulting in emotional detachment and a growing sense of guilt; and “Scar” an analogy to the scars left between ex-lovers after breaking up.

The band previously revealed their first music video from the album, for the first single “The World Is Calling Me“. Watch it right now at this location. Get the full-length album on iTunes, Amazon, or Google Play, and stream it via Spotify, Apple Music, Deezer, Music Unlimited, Pandora, iHeartRadio, YouTube, and more! 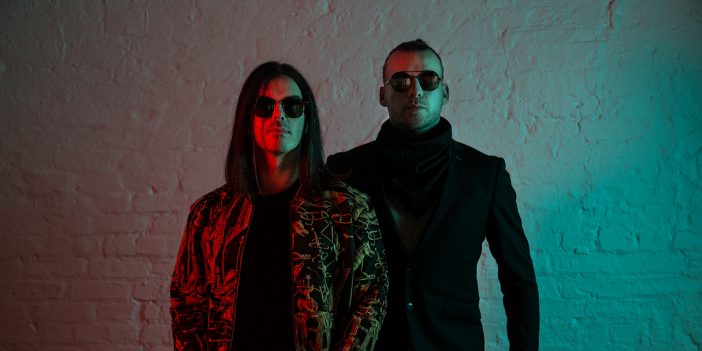