Trending
You are at:Home»News»Watch Past Five’s artistic expression of frustration in new ‘God Forbid’ lyric video

Swedish post-punk/alt-metal band Past Five have revealed a new lyric video for the song “God Forbid“. The video was directed by Ste Calder at Stereo 27 Productions and it is a metaphorical expression of a bad relationship coming to an end. Watch it right now:

“This song is about a relationship that is coming to end and in a way it’s a sequel to our song ‘Clichés’ (from our EP ‘Somewhere Between Serenity & Rage),” says guitarist Jonathan Yderhag. “But where ‘Clichés’ is more mournful of the relationship dying, ‘God Forbid’ is written much more so from a point of frustration and desire to move on.”

“God Forbid” is the third music video from the band’s new EP entitled Detox. which was released on May 8, 2020, via Eclipse Records. The four-song release was produced by Christian Silver (Dragonforce, Arch Enemy, Kreator) at the infamous StudioMega in Varberg, Sweden. The band has previously released music videos for the songs “Kryptonite” and “Close to the Exit“. Upon the EP’s release, their song “Playing With Fire (When Your Friends Are Enemies) was placed in Spotify’s New Punk Tracks playlist, and the EP has already received critical acclaim from the likes of Metal Gods Meltdown (5/5) which calls it “a perfect cure to cleanse your soul”, GBHBL (8.5/10) saying “Detox. is a very impactful EP”, Metal Temple (9/10) who says this band is “brimming and overflowing with talent and heart” and many others! 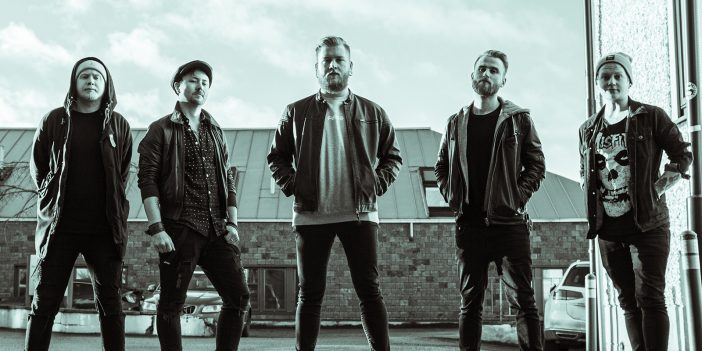