Trending
You are at:Home»News»Past Five announce new album Detox. out May 8, and new “Kryptonite” music video

Swedish five-piece alternative metal band Past Five will release their new EP entitled Detox. on May 8, 2020. The four song release was produced by Christian Silver (Dragonforce, Arch Enemy, Kreator) at the infamous StudioMega in Varberg, Sweden. Pre-order the album on iTunes, Amazon, or Google Play, and stream it via Spotify, Apple Music, Deezer, Music Unlimited, Pandora, iHeartRadio, YouTube, and more! The track listing on the EP is as follows: 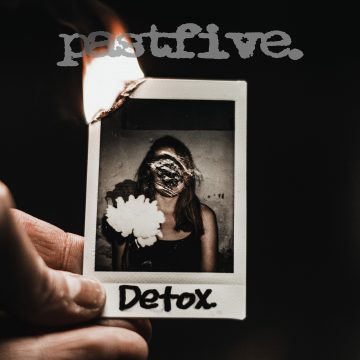 Detox. track listing:
01. Playing With Fire (When Your Friends Are Enemies)
02. Kryptonite
03. God Forbid
04. Close to the Exit

Detox. was written by the band after nearly breaking up during a time of turmoil, self-destruction, and despair for some of the band members. The songs are deeply personal in their nature, addressing topics such as addiction, suicide, and toxic relationships. The result however is an EP which ultimately represents the band’s sheer ability to move on stronger, and more focused (as a band) than ever before. With hard hitting grooves, dystopian lyrics, and heart-breaking melodies, Detox. is bound to leave few critics unmoved.

Past Five have also revealed their first music video from the EP Detox, for the first single “Kryptonite“. The video was directed by Astrid Larsson and confronts the subject of drug addiction while drawing metaphorical comparisons to destructive relationships. Watch it right now below:

“We had this idea of performing in a dreamlike, intoxicating atmosphere where you cannot see the start nor the end of the room” says bassist Alexander Orlov. “The storyline however centers upon a lonely man in his apartment who is deeply in love with a woman. While together they are intimate, and when she’s gone he struggles to cope with her absence.” Lead vocalist Jonathan Wallin adds “we wanted to convey the comfort of his drug use (the woman represents the drugs talking, laughing, and kissing), as well as the dark side to his destructive relationship (him screaming and flipping the table when she’s no longer with him).”

Past Five discography
Somewhere Between Serenity and Rage (EP) – 2016