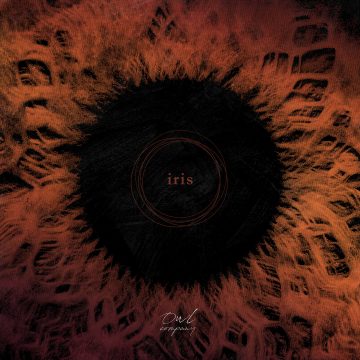 The new album Iris contains thirteen memorable, melodic, active rock songs which flex their muscles, and instantly makes you want to hear more. Highlights on the album include the instant active rock hit “Shattered Dreams” which tackles the concept of faith and how it can take away one’s free will, the self-empowering track “Rise” which also explores the concept of faith but from the perspective that individuals are responsible for their own actions, and the soaring energetic track “Antagonist” which is a personal reflection on the ending of a lifelong relationship.

The band have also revealed a music video for the first single from the new album Iris entitled “Shattered Dreams”. The video was self-directed by the band, using the red walls of their rehearsal studio as a green screen. Watch it right now:

“We had this big video shoot planned” says vocalist Enrico Minelli. “…unfortunately our bassist Fabio had a family emergency for which he needed to travel immediately and we couldn’t cancel the shoot due to production timelines with our label. As a result, we had to improvise, and our drummer actually played the bass in the video shoot!” Guitarist Felipe Ruiz continues, “We wanted to visualize how faith can take away our free will and isolate us from the rest of the world so we filmed ink drops in water, and superimposed them upon the video footage with a green screen, pulsing to the beat of the drums. This is how we created the Rorschach test visuals in the video.”

Buy the full album on iTunes, Amazon, or Google Play, and stream it via Spotify, Apple Music, Deezer, Pandora, iHeartRadio, and more!