Trending
You are at:Home»News»Out Now: Redefine by Kirra

The new full-length album, Redefine by Kirra is out worldwide today! The album is the band’s third album, and it contains an earful of seventeen melodious active rock anthems. The songs cover a myriad of emotional topics, and the first single goes right for the jugular! Highlights on the album include “Caving In“, where the band talks about standing in the face of things around one’s life collapsing and confronting those issues steadfast to resolution. The second single “Free” fundamentally rejects the slippery slope of censorship and policing of people’s thoughts while outlining the conflicting relationship between technology and freedom. “Passageway” is the third single and it details the path one must travel to get out of toxic environments that prevent people from achieving their full potential, while not accepting the fate of others as one’s own. 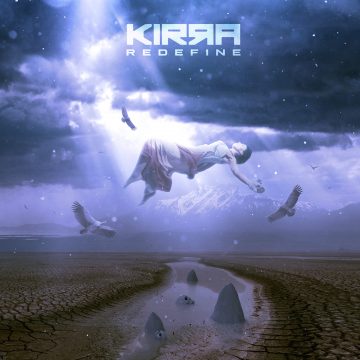 Metal Temple gives the album 9/10 saying “well written, performed and produced… a high quality album with no drawbacks” while Original Rock says Redefine is “an explosive burst of meaningful lyrics illustrated with alternative metal melodies!”. GBHBL says “Redefine causes a myriad of emotions and delves deeply into just what a band can produce when their imagination is running wild” and gives it 7/10!

Get the full-length album on iTunes, Amazon, Google Play, or Music Unlimited and stream it via Spotify, Apple Music, Deezer, Pandora, iHeartRadio, Tidal, YouTube, and more at this location.