Our Last Enemy have announced run of Australian dates for their upcoming Night They Came Home tour. The tour begins on October 6 at the New Globe Theater in Brisbane, and continues through October 28 at Gilkinsons in Perth. See below for details and ticket info.

This tour makes two changes for the band; Frankie Macri (As Angels Bleed, The Chaotic Borderline) has now been named as the new drummer for the band. Second, Wade Norris (Face of Mutiny, Candypain) will temporarily fill in as touring guitars, while current guitarist Bryce ‘Bizz’ Bernius takes time off due to unavoidable health and family issues. Vocalist Oliver Fogwell says “We have been working with Wade over the last few months and having him tour with us is a natural fit, as he has been instrumental in helping us get the machine moving as well as input on some new material”. Touring guitarist Wade Norris states “The first time I saw Our Last Enemy was when they played with my old band. I bought the original EP, learned how to play along to their song 10,000 Headless Horses. When they reached out all these years later, I just couldn’t say no to the offer!”

The band has also recently finished writing material for a new album, which they plan on releasing in early Summer of 2018. They are expected to begin recording the new material this Fall. 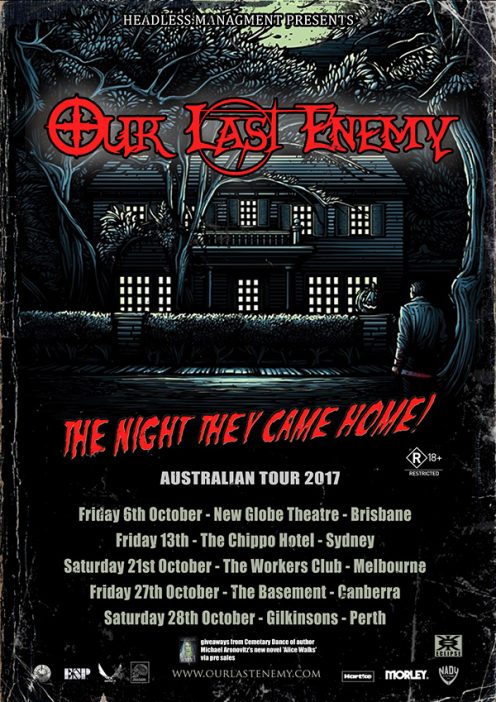