Trending
You are at:Home»News»Tomorrow Is Lost have a blast w/ mini versions of themselves in Hideaway music video & single

NWOCR / alternative-metal rockers Tomorrow Is Lost have revealed a new music video and single for the song “Hideaway“. The video was directed by Shaun Hodson at Loki Films. “Hideaway” is the second single from the band’s new full-length album Therapy which is out now!

“I wrote the album with the intention of telling my own recovery story, and Hideaway was a turning point in the album” says lead vocalist Cass King. “Everything after this track has more positive vibes, and this song captures how hard it was to take the first step and let my trauma out of the box.” Guitarist Joe Mac adds, “There’s an innocence about childhood which we really wanted to capture… We had this idea of a ‘mini’ Tomorrow Is Lost and immediately held auditions for five kids who fit the bill. The children were absolutely incredible on set, and it was by far the most fun we’ve had on a video shoot yet!”

Therapy is a dynamic, anthem-ridden collection of eleven brilliant songs recorded by the Newcastle rock band who have quickly cemented themselves as the forerunners of the NWOCR (new wave of classic rock) movement which is set to explode worldwide in 2020. The album was produced by Dave Boothroyd (Phil Campbell [Motorhead], Don Broco, The Bastard Sons) at 6db Studios, and was mastered by Jon Astley (Judas Priest, The Who, The Rolling Stones) at Close To The Edge. The album’s artwork was designed by Andy Pilkington of Very Metal Art. The band previously revealed their first music video from the album, for the first single “Wildchild“. Watch it right now at this location. 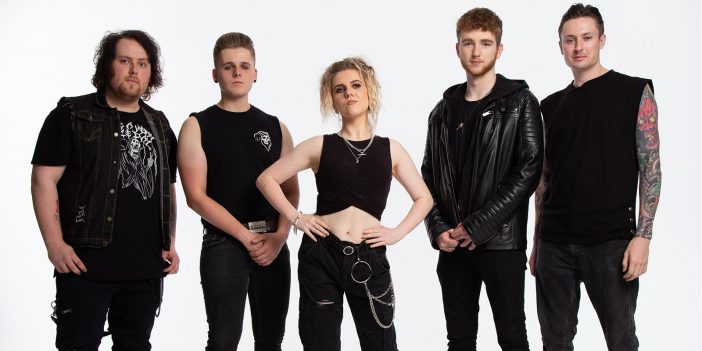