Trending
You are at:Home»News»Naberus new album details ‘The Lost Reveries’ out December 2

Naberus new album details revealed. Australia’s NABERUS have revealed the cover artwork and track listing for their new full-length album, ‘The Lost Reveries’. The album was produced by Ermin Hamidovic (Periphery), and is set for a December 2, 2016 worldwide release date through Eclipse Records. 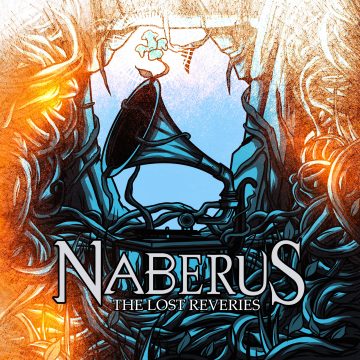 ‘The Lost Reveries’ contains heavy, intricate riffs complemented by a strong and powerful rhythm section. The songs are laid beneath a powerful, striking vocal performance incorporating chaotic, intense growls, and powerful melodic cleans. The result showcases a unique and masterful blend of many facets of classic melodic death and modern aggressive heavy metal. The album contains five brand new songs, in addition to re-mastered versions of nine songs from their previous independent releases. The full track listing is available here.

Get a free song download from Naberus and twelve other great bands here.

‘The Lost Reveries’ is already available for pre-order via iTunes and Amazon. Either option comes with the songs “Cohesion”, “Drones” and “Torch the Sky” as instant grat tracks! The album is also available via Google Play, and additional options for streaming and purchase will be forthcoming.

The band have also released a music video for the song ‘Cohesion‘ which may be watched below:

For more information on NABERUS, please visit the band on Eclipse Records, Facebook, and Twitter. Also, grab a free song from Naberus and twelve other Eclipse bands on our 2016 label sampler!