Trending
You are at:Home»News»Mycelia reveal who murdered Ava Kessler in “In A Gas Station…” music video & single

Swiss djent metal veterans Mycelia have just revealed a new music video entitled “In A Gas Station at the Outskirts of the Meth Desert” for their latest single. The video was directed by Theo Benjamin, and it is the second of a two-part music video double feature which concludes the overarching storyline of the band’s neon-soaked cybercrime concept album In A Late Country. Stream the single on Spotify, Apple Music, Pandora, Tidal, Deezer, or Amazon Music and watch the video via YouTube below:

“This is the conclusion of a two-part musical short film which tells the story of In A Late Country” says drummer Marc Trummer. “In a Gas station at the Outskirts of the Meth Desert takes a sharp narrative turn from In a Late Country’s storyline. While it retains the album’s sci fi-noir aesthetic and tone, it switches the protagonists’ friendship on its head as their odyssean search for a missing woman takes a darker turn… who murdered Ava Kessler? The focus on the twists and turns of a friendship lie at the core of this release, as friendship has always been one of the most important driving forces in Mycelia. In a Late Country touches upon a range of subjects, making the protagonists’ relationship a focal part of this video very fitting.“ 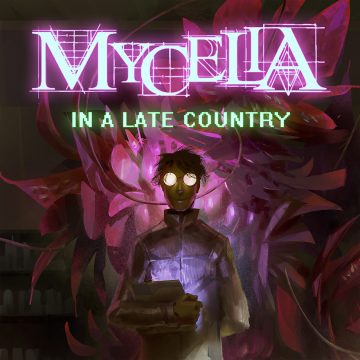 Mycelia’s upcoming release entitled In A Late Country is a fifteen song post-apocalyptic djent metal concept album which tells the story of a young man trying to find his lost girlfriend during a government-controlled evacuation program to deal with an overpopulated city. The vocals throughout the album are the lines from the characters in the story, sung as if they were playing out in real time. While every song on the album tells a bit of the overall storyline, the singles highlight the most pivotal twists and turns of the plot. “The Beginning of a Long Hangover” sets the stage for the concept album, introducing the main character Marvell. We discover he is accused of murdering his girlfriend and he asks his friend Di Prisco for help to find out what really happened to her. After discovering Ava was seen with the member of a terrorist organization called the Ultrahydraulists, the second single “Towards the Melting Library” has Marvell and Di Prisco attempt to communicate with the Ultrahydraulists through the librarian named Al-Kitab. After finding out that Ava wasn’t really killed, but she left the city as a part of the evacuation program, Marvell follows a lead by visiting an address. In the third single which is entitled “In A Gas Station at the Outskirts of the Meth Desert“, he discovers the police commissioner who admits that the evacuation program doesn’t exist after all, and it is actually a ruse to cover for a government-controlled genocide to reduce the ever-growing numbers of an already overpopulated city.

For more information about Mycelia and their “In A Gas Station at the Outskirts of the Meth Desert” music video, please visit them on Facebook, Twitter, or Instagram, and follow the band on Spotify, Apple Music, Pandora, Tidal, Amazon Music, and Deezer now! 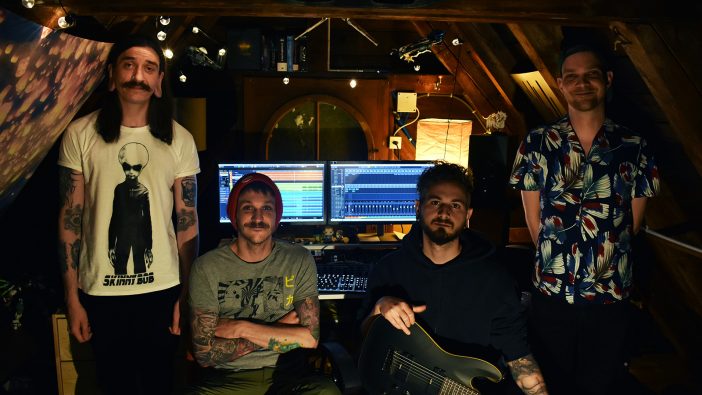