Trending
You are at:Home»News»Magg Dylan bond with brides to burn their wedding gowns in their “You Oughta Know (Alanis Morissette cover)” music video

“We chose this song because it is so empowering, and it gives permission to not be okay during a break-up” says lead singer Suzanne Di Iulio. “The concept of the video came about at my best friend’s birthday party. She also went through a divorce and the idea of burning her wedding dress came up in conversation. We decided it would be amazing to have a bunch of real women instead of actresses burn their wedding dresses as well, so I asked some of my friends, and they asked some of their friends, and within a few days we actually had enough volunteers who were also willing to burn their wedding dresses for the shoot! It was a very emotional shoot for all of us, especially for my best friend Jennifer who burst out into tears when she threw her veil and dress into the fire.”

Bassist Les Mosely adds “there is a lot of real, genuine emotion going on in this video. It was truly an honor that the women who participated in the video would immortalize such a very personal and emotional experience in our music video. Watching their emotional liberation from such a dark experience of their past was inspiring to say the least. Also, I never knew just how afraid of fire Suzanne is, but when it came time to face the burning barrel, she did it head-on without a glimmer of fear… I am proud of her!”

For more information on Magg Dylan and their you Oughta Know (Alanis Morissette cover) music video, please visit them on Facebook, Twitter, or Instagram, and follow them on Spotify, Apple Music, Pandora, Amazon Music, or Deezer. 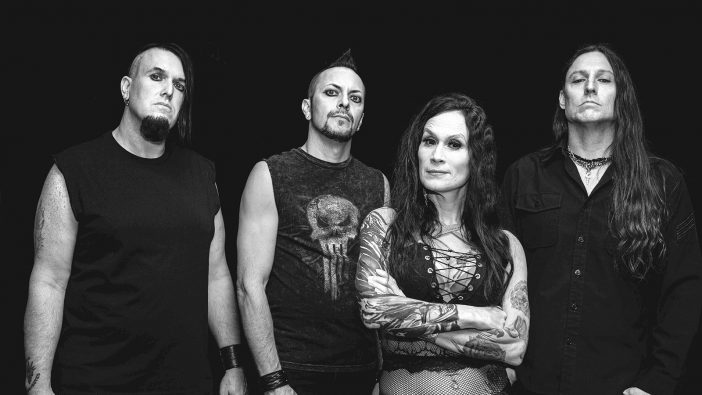