Virginia Beach alternative metal band Magg Dylan have revealed a new music video for their brand new single “Pawns“. The song is a blistering anthem for the Spring about the lack of unity over the novel virus. The video was directed by Digital Thunderdome. Watch it right now:

“This song has a very deep meaning for us, and it is a lot heavier than most of the songs from our full-length Amethyst” says lead singer Suzanne De Iulio. “We shot this video exactly 365 days after we shot Delusional with the same director – Digital Thunderdome and they are masters of their craft. The School Bus Graveyard was a perfect location for this video because it signifies abandonment, and I think this really conveys the overwhelming emotions in the song. This was our first experience with a drone camera and that was epic, making for some big shots.” Bassist Les Moseley adds, “it was a bone-chilling day and night… freezing! If we were doing anything outside of something for this band it certainly would have been in our top 5 most miserable days because I could feel every degree of that day through every little rip in my jeans and I can only imagine how Suzie felt. Thankfully, Scott, Desiree and the rest of the crew kept us on point and handled everything so professionally. I don’t think we could’ve managed without them!” 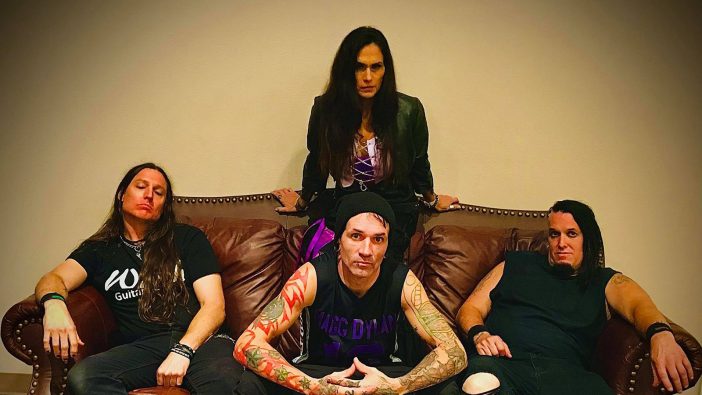