Australian alt-metal rockers Lillye have premiered yet another music video to support their new album Evolve, which saw a worldwide release on May 18, via Eclipse Records. The new Chained music video was directed by Dan Clarke, and deals with the emotional chaos of being trapped in an unhealthy relationship. Watch the Chained music video now below:

“Chained is about being in a relationship where there is a constant push and pull of emotions between one another, with the feeling of no escape.” says vocalist Virginia Lillye. “The red ribbons portray the chained feeling highlighted by dark, grubby background representing unstable craziness. Slowly the ribbons are released, and the white room comes into view, which symbolizes the release and hope in maintaining one’s sanity.” Drummer Bennet Livingston continues, “Our guitarist Matt really had a good hold of the ribbons whilst Virginia was being pulled. She was left with a nasty bruise on her back when falling onto the floor. There were no acting skills involved to portray that part of the clip.”

Their Chained music video is the third video by the band in support of their new album Evolve. Make sure to watch their previous videos “Run”, a high-energy Mortal Kombat inspired masterpiece, and “In the End” at this location. 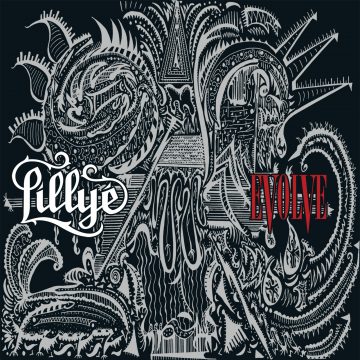 Get the full Evolve album on iTunes, Amazon, Google Play, or CD, and stream it via Spotify, Apple Music, Deezer, Pandora, iHeartRadio and more!

Lillye is fronted by vocalist Virginia Lillye who previously held lead roles in theater productions such as Cats, Jesus Christ Superstar, Grease, and more. The album was produced by bassist Christian Lauria at Machine Men Studios, and mixed by Shane Edwards (Northlane, Hanz Zimmer, Thy Art is Murder) at Karma Studios.