Buffalo NWOCR band Hearts & Hand Grenades have announced they will be supporting Smile Empty Soul on the upcoming “The Safe Space Tour”. The tour will begin on April 30th in Columbia, MO and end on May 9th at HI-FI in Indianapolis, IN. See below for dates and venues, and purchase tickets at this location. 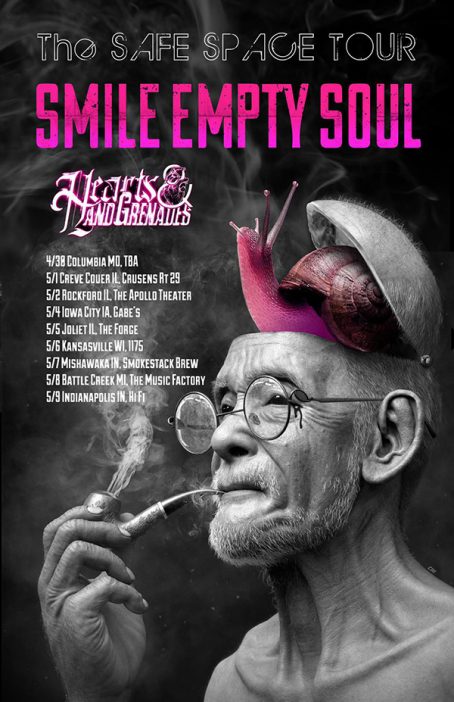 This is the first run of tour dates from Hearts & Hand Grenades since releasing their debut full-length album Turning To Ashes on January 8, 2021. The album received critical acclaim from dozens of media outlets worldwide, and it was produced by Justin Rose (Goo Goo Dolls, James Taylor).

“I can’t ever recall being this excited about a tour before” says vocalist Stephanie Wlosinski. “Aside from supporting one of the greatest rock bands of all time, this is going to be our first proper tour out on the road since the pandemic started. We’re really looking forward to revisiting these cities, getting up on stage, and throwing down with fans & friends!” Guitarist Mike Bress adds, “as everyone knows, 2020 was a difficult year for live venues and bands as well so we were fortunate that the release of our album by Eclipse Records helped keep our name out there through it all. Now, we can finally get out on the road, hang with the fans, make new friends, and do what we enjoy most… performing live!”

Turning To Ashes is a hard rockin’ energetic debut from Hearts & Hand Grenades. Fronted by Stephanie Wlosinski on lead vocals and bass guitar, the band’s first two singles quickly made inroads with the NWOCR scene during late 2020, and not even the global pandemic could stop this band’s momentum! Watch the music videos for their first two singles “The In Crowd” and “Nothing Left” right now! 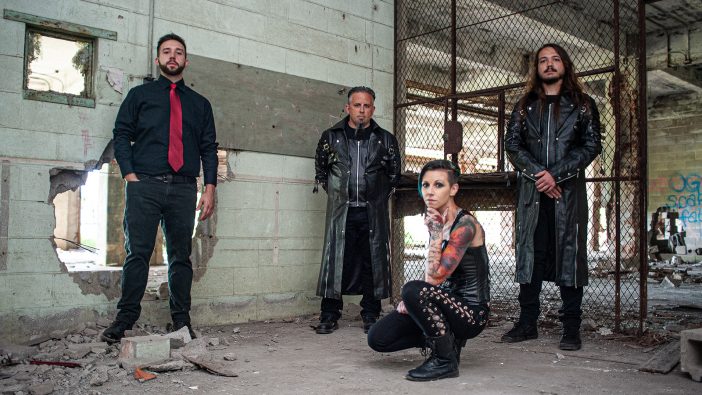