Trending
You are at:Home»News»Hearts & Hand Grenades Roar with Nineteen-Twenties Gangsters with new “The In Crowd” Music Video & Single

Hard rockers Hearts & Hand Grenades have revealed a new music video and single for the song “The In Crowd“. The video was directed by Charles Butera. “The In Crowd” is the second single from the band’s new full-length album Turning To Ashes which is out January 8, 2021 via Eclipse Records. Watch “The In Crowd” music video below right now:

“The In Crowd is about a secret club known only to its members, which also happens to be a den of assassins” says lead vocalist/bassist Stephanie Wlosinski. “It explains their ruthless nature and the code that they follow to be a member of this elite club. The strong contrast between the verses and choruses deliver the restraint that the assassins must obey while at the club, versus their true nature while on the hunt for their targets.” Guitarist Mike Bress adds, “the video was filmed in an 8’ x 12’ room that was just wide enough to fit the drum kit so we had some fun squishing in there without hitting each other with our instruments. We also experimented with color vs. the black and white shots, which separated the band from the story scenes. Overall, it delivered the 1920’s feel we were looking for!”

Turning To Ashes is a hard rockin’ energetic debut from upstate New York’s hardest working rock band. Fronted by Stephanie Wlosinski on lead vocals and bass guitar, this band is literally exploding with a sharp, edgy sound full of savage riffs and powerfully deep lyrics. The album was produced by Justin Rose (Goo Goo Dolls, James Taylor, Spyro Gyra) at GCR Audio. The very first single off the album “Nothing Left” kicks things off with a breakup song about ending toxic relationships, and it is evident this band does not mess around. With the second single “The In Crowd”, the band tells a story about dive bars off the beaten path, hitmen, and other shady characters. “Adrenaline” ramps it up a notch singing about the band’s insatiable appetite for being on stage and performing live. The title track “Turning to Ashes” was written about feeling like you don’t fit in or that you’re different from everyone else around you. The band previously revealed their first music video from the album, for the first single “Nothing Left“. 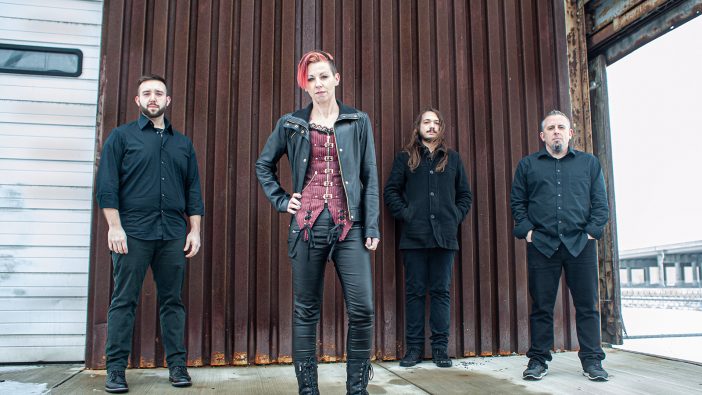