This is the second single from their upcoming sophomore album Between the Lines. The video was directed by Nick Sonricker at Twenty6 Productions. The album was produced by Justin Rose (Goo Goo Dolls, James Taylor, Spyro Gyra) at GCR Audio, and the cover art was designed by Jeff Ballance at 119 Design. Between the Lines will be released worldwide via Eclipse Records on November 19, 2021.

“Our Beautiful Pain music video is about taking responsibility and ownership of things you have done wrong in the past, that may have negatively affected oneself or those around you,” says lead vocalist and bassist Stephanie Wlosinski. “Only after recognizing your responsibility, can you learn from those mistakes and ultimately, become a better person. We chose this song as a single because we felt it had a cool musical contrast between the soft verse and heavy chorus and that contrast signifies the difference between denial and acceptance of responsibility for one’s actions. It also carries a relatable message that almost everyone can connect with.” Guitarist Mike Bress adds “This is our second music video directed by Nick Sonricker who also directed our last video, Bad Medicine. He has a lot of energy and ideas and he was very enthusiastic about the project. In order to get the contrast we were looking for, we had to paint the room entirely black. The local paint shop only had enough to cover 2 walls so we had to go on a quest to find a match for the rest of the room. While filming with everyone stuffed in a small space, the humidity made it difficult to breathe. The haze machine made it even more difficult to breath, so we had to take multiple breaks to ventilate the room. It was a bit of a challenge!” 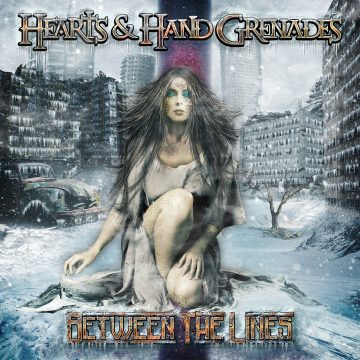 Pre-save / Pre-order Between the Lines at this location.

For more information on Hearts & Hand Grenades and their ‘Beautiful Pain’ music video, please visit them on Facebook, Twitter, or Instagram, and follow them on Spotify, Apple Music, Pandora, Amazon Music, Tidal, or Deezer. 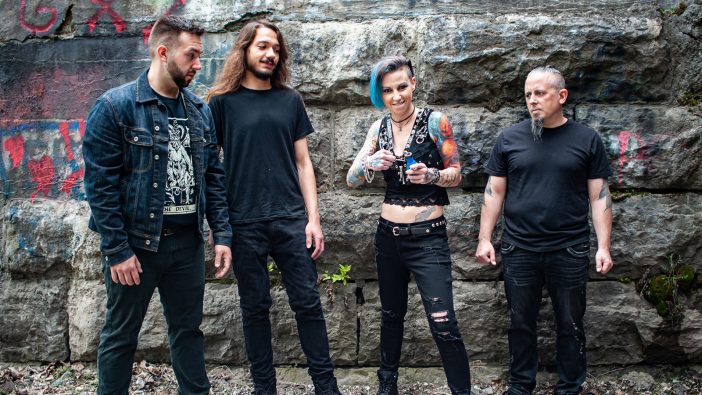