Trending
You are at:Home»News»Genus Ordinis Dei sing about spike-carrying viral soldiers in new “The Entropic Queen” music video and single

The Entropic Queen is the new music video and single from Italian symphonic death metal masters, Genus Ordinis Dei. The single was just released worldwide a couple of days ago, and it is the latest since the release of their critically acclaimed full-length album and metal music video series Glare of Deliverance. Watch the new “The Entropic Queen” music video via YouTube, and stream the new single on Spotify, Apple Music, Pandora, Amazon Music, Tidal, and Deezer and more at this location.

The Entropic Queen was produced by Tommy Monticelli at Sonitus Studio during the after-effects of the band’s infection with the Covid-19 virus. The song tells a story about the pandemic, but from the perspective of the virus which is represented as an entropic queen who (invaded by the continuous expansion of man) reacts and responds to the attack, with her army of spike-carrying soldiers. The whole song is a great allegory that narrates the attack on the cell by the virus as if it were the assault of a castle. The single features cover art by Tom Roberts. 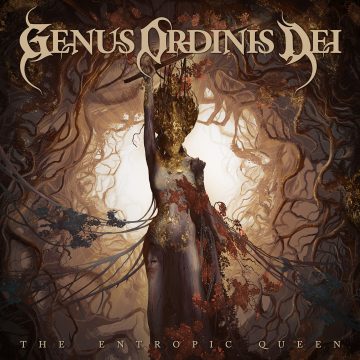 Purchase or Stream The Entropic Queen at https://ffm.to/entropic

For more information on Genus Ordinis Dei and their “The Entropic Queen” music video, please visit them on Facebook, Twitter, or Instagram, and follow the band on Spotify, Apple Music, Pandora, Tidal, Amazon Music, and Deezer now!