Eclipse Records is thrilled to announce the signing of RiseuP to an exclusive worldwide deal. The band is a death-groove metal band from Pszow, Poland, whose music pounds straight to the core, leaving you in sonic disequilibrium! RiseuP was formed in 2012 and are currently getting ready to release their debut album Destructive Machine’s Chilling Time 3:27 via Eclipse Records on August 6, 2021. Pre-order / Pre-save the album at this location

“We play music because we bloody love to do it anytime and anywhere”, says vocalist Marcin Stanek. “We really want to thank Eclipse Record for believing in our music and signing us… it’s all still a bit of a shock to us. We have been preparing things for the announcement, going through the label’s onboarding procedures and patiently waiting to break the news. Despite all that, I still wonder if they really knew what they’re getting into with us, ha!”

The band’s debut full-length album Destructive Machine’s Chilling Time 3:27 is scheduled for release on August 6, 2021. Produced by Arkadiusz Dzierżawa at Lighthouse Audio, and the album art was designed by Mitja Juraja. DMCT is a pummeling debut by one of Poland’s heaviest groove-metal bands to ever break onto the international metal scene. See below for the full list of song titles. 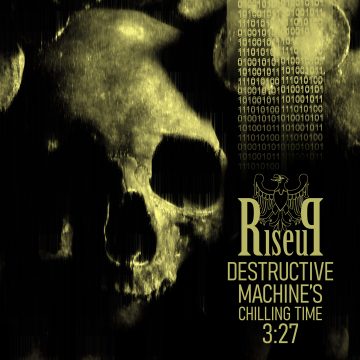