World War 3 is available for download from iTunes, Amazon, Google Play, and Eclipse. The album is also streaming on YouTube, Spotify, and Rdio. 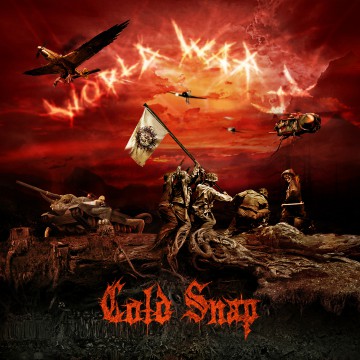 COLD SNAP recently partnered with horror website Bloody-Disgusting.com to release their music video for the song ‘Silent Killer’. In this video, the members of Cold Snap are held captive like rats by a mad scientist in his laboratory. He tries to poison them, however… the band fight back with their instruments! The video was directed by Tin Majnaric of MMstudio23, and filmed in the band’s hometown of Varazdin, Croatia.