Trending
You are at:Home»News»Awakening music video by Despite premiere via Metal Injection 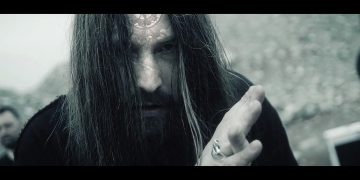 Sweden’s progressive melodic death metal masters DESPITE have partnered with Metal Injection to premiere the new ‘Awakening’ music video. This is the second music video from their debut album ‘Synergi’ which was released on July 22. The ‘Awakening’ music video tackles the topic of “poisonous political convictions” on the day after the U.S. presidential election. The video was directed by Joel Nilsson of Maluha Media and filmed in the remote badlands of Vasterlanda, Sweden.

The new video may be watched at Metal Injection. Watch Now

“The poison of choice for the saboteurs of today is conviction, and at the core of every conflict you will find these convictions”, states bassist Anthony Cui. “Whether they’re political or religious, these are the anti-theses of diplomacy and communication among humanity. Far too often, people use their convictions as barriers.” Vocalist Peter Tuthill adds, “the cogs under the surface of our skin represent the fact that we are all small parts of a big machine – planet earth. Until people with convictions are awakened, civilization will be locked in conflict. It’s time to wake the hell up!” 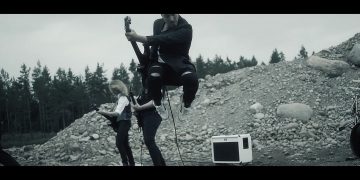 Awakening music video by Despite.