Brisbane’s AS PARADISE FALLS have premiered their new music video for the song Dead Message via HEAVY. This is the second music video from the upcoming full-length album Digital Ritual. The video was produced by Ben Wrigley at Third Eye Visuals, and the album was produced by Shane Edwards (Northlane, Thy Art Is Murder).

Watch the Dead Message video right now via HEAVY at this location!. 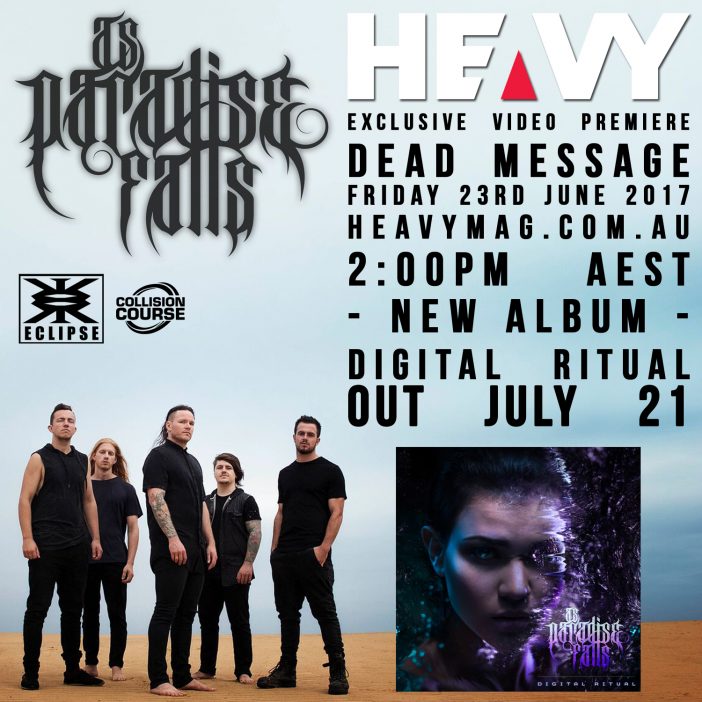 “Dead Message explores communication in the digital age, and how so many interactions between friends occur online” states guitarist Danny Kenneally. “Digital communication lives in a strange duality of being so vital, while at other times being flippantly disregarded the minute it doesn’t meet our interests. Do we prefer isolation and are we bored with humanity, or are we just becoming lazy?”

The band has also announced a run of Australian tour dates. Tickets are available via www.asparadisefalls.com

‘Digital Ritual’ is already available for pre-order via iTunes and Amazon. Either option comes with the songs “StarBlind”, “Dead Message”, and “Digital Ritual” as instant grat tracks! The album is also available to pre-order via Google Play. The single ‘Dead Message’ is already streaming via Spotify, Apple Music, and Deezer. Additional options and information about ‘Digital Ritual’ will be forthcoming at Eclipse Records. For more information on As Paradise Falls, please visit the band on Facebook or Twitter, and follow them on Spotify.