Trending
You are at:Home»News»As Paradise Falls, A Breach of Silence, and more to perform at benefit show for family of Glen Barrie

As Paradise Falls guitarist benefit show – A Breach of Silence will be performing at a very special benefit show for the family of Glen Barrie, friend of the band and guitarist for As Paradise Falls who tragically passed away on November 9. The show will take place on November 27 at The Brightside in Brisbane, Australia. His tragic passing leaves his wife Cassie with their first born son on the way, both in of help. 100% of the money raised on the night going straight to his family. 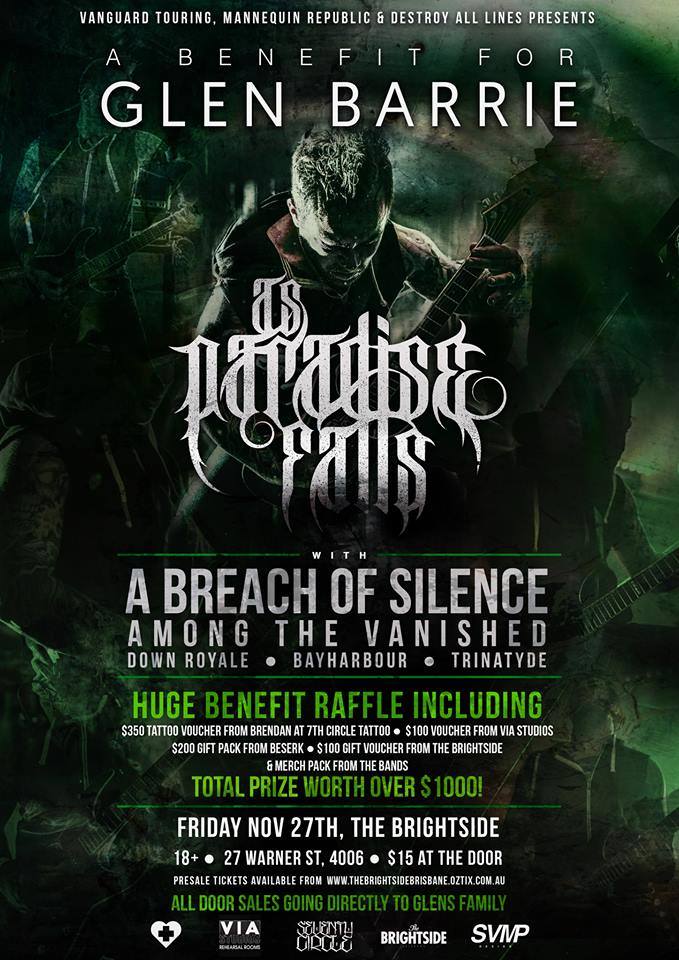 Aside from As Paradise Falls and A Breach of Silence, also performing are Among the Vanished, Bayharbour, Down Royale, and Trinatyde. The bands will be tearing up the stage with a massive raffle worth over $1,000 in prizes from Seventh Circle Studio, Via Studios, Beserk, Bach Guitar Services, The Brightside and a merch pack from the all the bands. This event has been organized by Vanguard Touring, Destroy All Lines, and Mannequin Republic.

Tickets are $10 pre-sale through The Brightside or $15 on the door, and are on sale now. There is also a crowd funding campaign for Glen’s family.