As Paradise Falls are hitting the road once again, this time on the Friends Far From Home tour with Aussie friends We May Fall, and Caution: Thieves. The Australian mini-tour begins March 3rd in Brisbane at Crowbar, and ends on March 31st in Sydney at Frankie’s Pizza. The tour is presented by Hysteria Mag, Where’s the Mosh, and Eclipse Records.

“I feel that this tour will be an all- out sensory explosion,” says As Paradise Falls guitarist Danny Kenneally. “All bands on this tour have something special planned for these shows with a huge amount of energy ready to kick off 2018 right and it’s going to be pretty damn cool to experience.”

The band are currently writing new material for a follow-up to their 2017 Digital Ritual album, which was released via Eclipse Records and received critical acclaim from Hysteria Mag, Metal Hammer, Heavy and saw the song ‘Dead Message’ placed in Spotify’s Deathcore, Homegrown & Heavy, and New Metal Tracks playlists. 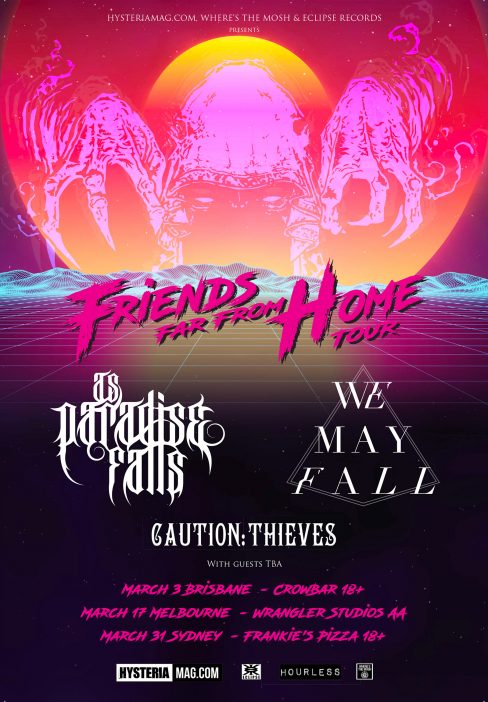