Trending
You are at:Home»News»April 21st writes an open letter about depression with their new “Stand Up and Scream” music video

Brazil’s fast-rising metalcore band April 21st have just revealed a new music video for the song “Stand Up and Scream“. The video was produced by Lucas Akira. Watch it right now:

“Stand Up and Scream” is the third video from the band’s new EP entitled Courage Is Born from Fear which was just released on September 10, 2021 via Eclipse Records. Stream or download the full EP here.

“Stand Up and Scream is a song that talks about depression and sadness” guitarist Herbert. “The video shows a guy trying to write a letter for himself about everything he has been through. He is struggling to find the words, the terms, and the correct approach to convince himself to do it. He told many lies during his life, and he thought that this behavior was hurting others, but deep inside he knows that all of this was hurting no one other than himself. He recognized his mistakes but still it is too hard to believe in salvation. In the chorus, there is this inner voice saying that there is no need to be afraid anymore, and with this own encouragement hopefully one day he will be able to finish the letter and read it and this will mean that he overcomes everything.”

The band’s new EP album Courage Is Born from Fear consists of five intense and honest songs. The EP was produced by Bruno Barros at the renowned Sonasterio studios in the beautiful mountains of Minas Gerais, Brazil, mixed by Arthur Damasio, and mastered by Joseph McQueen at Sparrow Sound (As I Lay Dying, Bad Wolves, Light the Torch). The cover art for the album was designed by Lucas Akira. The first single “Healing my Wounds” contains a harmony element that redefines what a verse riff might be, while the second single “Decision”, spotlights the fastest and tightest bass drum hummingbird 16ths in a blast beat that we ever might have the pleasure of hearing (and feeling right down to the marrow). “Struggling to Break This Cycle” explodes through our headphones with enough drive and funk to satisfy the most serious of metal freaks, and “Stand up and Scream” features a platform guitar solo that is the epitome of melody and speed in a glorious hybrid.

April 21st is also featured as the spine of darkness in the mind of a vicious killer… Horror author Michael Aronovitz’s new novel The Sculptor includes the band, who are an integral part of the plot, and they well represent the story’s intricate, thematic darkness. The novel is currently set for release this Fall on Night Shade Books via Skyhorse Publishing. Pre-order The Sculptor by Michael Aronovitz at this location. 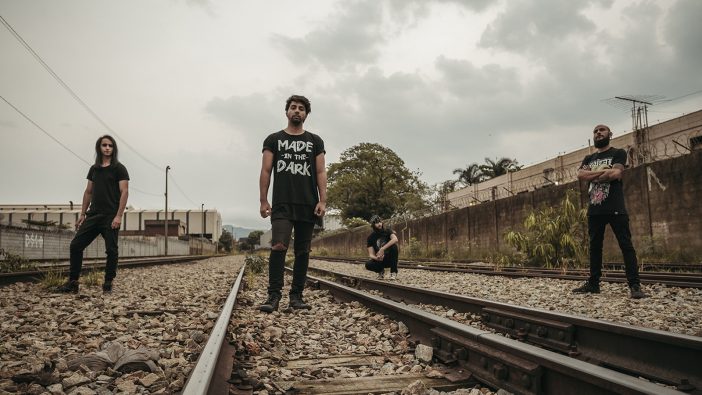