Trending
You are at:Home»News»Alt-metal band Violet Blend reveal new “Among All These Fools” video & single

Italian alternative metal band Violet Blend are back with a new music video for their latest single Among All These Fools. Watch the new “Among All These Fools” video via YouTube, and stream the single on Spotify, Apple Music, Pandora, Amazon Music, Tidal, Deezer and more at this location right now!

There is no more uncertain and difficult place to understand than a crime scene
The music video was directed by Angelo Mura. This is the second single from the band’s new album Demons, which is set to drop worldwide on April 1, 2022. Pre-order or pre-save the album here.

“There is no more uncertain and difficult place to understand than a crime scene” says lead vocalist & composer Giada Celeste Chelli. “The song tries to reflect this feeling of insecurity and vagueness, but it also tries to instill a sense of hope and rebirth that (for me) can come from the music. Only music, with its bursting life force, can alleviate and heal the wounds of the soul, so the song is an invocation, a prayer to the music to accept us, to enfold us with its power, to inspire us and make us ascend to its heaven. Music becomes the only God to believe in and the only muse who can save us. Drummer Michel Agostini adds, “The video was shot at Cellai Boutique Hotel 4*S in Florence and represents a crime scene. Giada is the victim of the case and the first suspects are Ferruccio and I with whom she spent the last moments of her life. During the filming, some customers of the Hotel were sincerely worried about the situation and thought that it was a real crime scene. Some of them asked the actor who played the detective questions what had happened, and others asked to take some pictures of the set.”

Demons contains thirteen hard-rocking tracks that personify discontent, passion, beauty, and rage. The lyrical subject matter of the album explores the human soul by investigating its contradictions and ambitions. The album was produced by Alessandro Del Vecchio (Quiet Riot, LA Guns, Nanowar of Steel). Demons will be released worldwide via Eclipse Records on April 1, 2022. Singles from the album include the powerful debut “Rock DJ” which describes the primordial sense of joy and freedom that music transmits. Watch the “Rock DJ” music video at this location. The latest single entitled “Among All These Fools”, is about asking the music to guide you through some wicked people that try to surround you and prevent you from reaching your goals. The third single “Need” is about a situation of great uncertainty, where you must decide if you should abandon the old life for a new one. The last single “La Donna Mobile” is part of a prominent social campaign to raise awareness against discrimination and gender-based violence, featuring AIDOS (Italian Association of Women for Development) and the Municipality of Florence, Italy. Altogether, Demons is an exciting record with something for everyone, from the superlative vocal to the rhythm-chops which seem to echo the true pulse of the world. Get ready to rock!

For more information on Violet Blend and their “Among All These Fools” video, please visit them on Facebook, Twitter, or Instagram, and follow them on Spotify, Apple Music, Pandora, Amazon Music, Tidal, or Deezer. 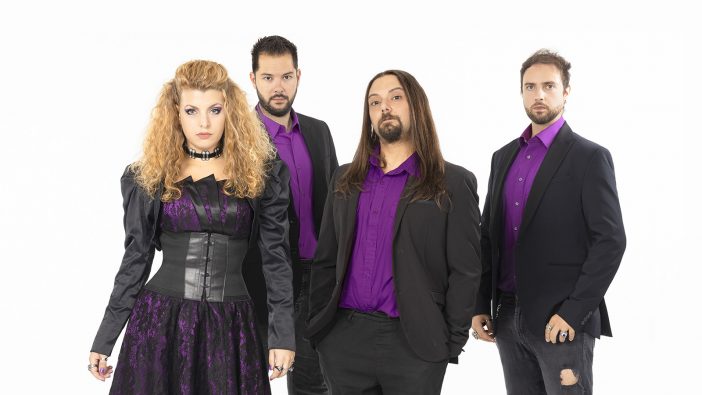