Trending
You are at:Home»News»A Breach of Silence take on Music Value Gap with ‘Falling Away’ video

Australia’s award winning powercore-metal pioneers A BREACH OF SILENCE have premiered a new music video for ‘Falling Away’. This is the first video from their upcoming third studio album entitled ‘Secrets’. ‘Falling Away’ takes on the controversial perception of a music value gap occurring within the music industry while tackling the issue head-on and stressing the importance of subscription-based business models over ad-based streaming, for all creators of music regardless of genre. Watch the video here:

About the Music Value Gap

“We did this clip because we feel there is a huge music value gap for artists and labels in the music industry right now and it needs to be fixed” states guitarist Mat Cosgrove. “Best-case scenario, a 12-song album needs to be streamed about 125 times (1,500 total streams) on a subscription-based plan to equal the sale of an album. Our label is fully transparent with us, we see every transaction pertaining to our catalog and we get paid. The problem is that the revenue generated by free, advertising-based business models is fractions of that received from subscription models. If musicians aren’t fairly compensated for their music, then they eventually stop being musicians and are forced to choose other professions that are more profitable.” 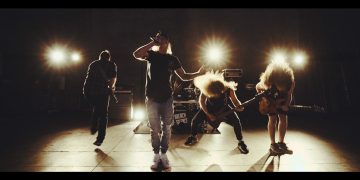 Vocalist Rhys Flannery continues, “A subscription on Spotify (for example) is available for LESS than the cost of a six pack of beer, and that gets me unlimited music from all my favorite bands! We recognize that people don’t want to buy CDs or even download albums anymore, and that’s fine – people should consume music the way they want. All we’re asking of people is to subscribe to whatever service they prefer, because free streaming simply cannot sustain music creators OR the streaming services over the long-haul.”

‘Secrets’ was produced by Fredrik Nordstrom (Bring Me the Horizon, Arch Enemy, In Flames) and mixed by Henrik Udd at Studio Fredman. It will be released worldwide via Eclipse Records on February 24, 2017.

About A Breach of Silence 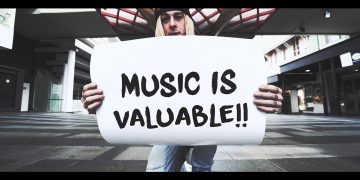 The band’s previous album ‘The Darkest Road’ debuted on the iTunes metal chart at #1 in Australia, and at #20 on AIRA’s 100% Independent chart. Dozens of music blogs and media publications placed it in their Best of 2014 lists too.