Trending
You are at:Home»About the metal record label Eclipse Records

Heavy metal record labels come and go, however only a select few have weathered the evolving music industry landscape as long as American record label, Eclipse Records. Spanning a history of over twenty-five years, the premiere boutique record label and independent record company based just outside of New York City has managed to evolve and thrive with a consistent focus on hard rock, alternative, and heavy metal music.

Eclipse Records was founded in 1997 by Chris Poland (see below) while working for Big Daddy Music Distribution. To this day, he still serves as the company’s President and Director of A&R, guiding the vision and execution of the corporation’s roadmap and business plan.

The rock & metal record label got started in 1997 by producing compilation CDs which contained dozens of underground metal bands from all over the world. The debut release from the record label was entitled “Outer Limits”. Soon afterwards, the first band signed to the label was a metal band named Disarray from Nashville, TN which saw a release of their debut album “A Lesson In Respect”. Shortly thereafter, the label signed additional bands such as Cipher (Philadelphia) and Dirt Church (New York). In 1998, label president Chris Poland travelled to Cleveland, Ohio to attend the World Series of Metal where Cipher was performing on the bill. It was at this show, where Chris Poland discovered a then-unknown costumed metal band named MUSHROOMHEAD. The following year, Chris signed Mushroomhead to Eclipse Records, and on May 8, 2001 released the band’s debut national release entitled XX. The album went on to sell well over 300,000 units in the United States. In the following years, the label discovered, signed and released albums by several iconic nu-metal bands such as Bobaflex, Fivefootthick, Scum of the Earth, and others. Since then, the label has released upwards of 100 albums by more than 50 different artists such as A Breach of Silence, Blowsight, Genus Ordinis Dei, Sifting, SiXforNinE, and many dozens more. Eclipse Records currently is distributed worldwide by The Orchard, a subsidiary of Sony Music. 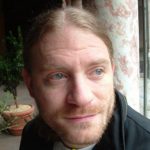 For any other questions about Eclipse Records or our bands, releases, music, etc… please contact us at this location. To submit a band to our A&R department for consideration, use this form.

Visit the rock & metal record label Eclipse Records and connect with us on any of the following platforms: